Words and photos by Jonathan Phang

Where the flying fishes play.

Having survived a pleasure boat accident in the late 80’s, and furthermore, after watching the acclaimed biopic of Aung San Suu Kyi “The Lady”, I held a somewhat uneasy feeling about visiting Myanmar. However, my sixth sense compelled me to let go of the past, embrace my fears and to accept Belmond’s once in a lifetime invitation to follow in the footsteps of Kipling, to the land of golden pagodas, and cruise down the Irrawaddy River on the Road to Mandalay.

My journey began in the vibrant, exotic megalopolis of Bangkok, with its giddy, intoxicating blend of urban skyscrapers, Siamese Palaces, Buddhist temples and sultry street markets.

I stayed on the banks of the Chao Phraya River, at the legendary Mandarin Oriental Hotel. This historic “Grand Dame”, deserves all of her plaudits and accolades, for reputably being one of the most luxurious and well-run hotels in South East Asia. From arrival to departure, you feel like the most important person alive. Service is faultless, discreet and instinctive. Despite not having stayed there for several years, many of the staff appeared to remember me, welcomed me by name and seemed genuinely pleased to see me.

I joined my group of international LGBT journalists for cocktails at the hotel’s Bamboo bar, and together we broke the ice over several exotic libations.

Fully bonded, we took a short ferry ride to the riverside terrace of the Sala Rim Naam restaurant, where we gorged on a traditional dinner of spicy seafood salad, coconut sea crab and assorted meat curries. Unanimously, we agreed that this was Thai haute cuisine at its very best and more delicious than anything we had ever tasted in the West. Conscious of leaving my audience wanting more and tired from jet lag, I retired early to bed and to enjoy the luxurious comforts of my sumptuous room.

The following morning, we left the Oriental before sunrise, to board a flight to Yangon (formally Rangoon). Soe Kway Thu, who was to be our guide for the duration of our trip, met us off the flight. Although we arrived at breakfast time, it took us until lunchtime to cross the city, in traffic that makes rush hour on the London Orbital seem tame. Thankfully, Soe kept us entertained and spoke with a passionate, encyclopaedic knowledge about his beloved country, its’ troubled past and his hopes for its’ future. Port Autonomy was Soe’s chosen lunch venue, which proved a perfect oasis of calm, after our challenging journey .The restaurant is set in the lush gardens of La Planteur restaurant (an old colonial mansion) and operated out of a food truck. Hawaiian born chef Kevin Ching, has created an innovative tasty menu that he describes as Asian/Mexican fusion, comfort food. I loved my choices of fish tacos and fried chicken. Kevin and Soe chatted to us about gay life in Yangon, and I for one, felt relieved to hear that there is no threat to being open, and also a little envious of their emphasis on support within the close knit LGBT community.

I could happily have worked my way through the entire menu, tried several more cocktails and continued chatting with the boys, but alas it was time to brave the traffic once more, and continue on with our journey. After a brief stop over in “He Ho”, we finally arrived in Bagan at dusk. Soe’s commentary gave breath to our intriguing surroundings, and as we travelled closer towards the Irrawaddy River, we glimpsed flashes of ornate temples through the luscious green plains of Bagans’ magnificent ancient kingdom.

As night fell, we boarded the splendid Road to Mandalay and immediately felt its warm embrace. Beautiful Burmese smiles welcomed us as we were handed cooling, fragrant flannels to mop our brows accompanied by a glass of champagne to celebrate our arrival. Personal butlers ushered us to each of our cabins, which were far more luxurious than I’d expected, offering plenty of space, a fantastic queen size bed, silent air conditioning, a plasma screen, an IPod deck, a plethora of Bulgari products and a walk in shower to die for. I looked out of my window and saw a myriad of twinkling stars, which bounced down from the skies and then back up at me, reflected from the dark waters below. With tears welling in my eyes, I felt very lucky to be there, and realized I had begun to fall under Myanmar’s spell.

We congregated for dinner, and although we were all excited about our forthcoming adventure, we were equally seduced by the thought of sinking in to our beds, catching up on sleep and a lie in. After dessert, a stranger arrived at our table. Bart Hooge is the chief pilot for Balloons Over Bagan, and he came to inform us, that as a surprise, Belmond had arranged a sunrise balloon flight, scheduled for the next morning. My heart sank when he told us that the departure time was 04.45 am. Although optional, it was strongly recommended by Soe and my fellow guests, that I make an effort, so against my better judgement, and through clenched teeth, I accepted graciously. Despite being exhausted from enduring five flights within forty-eight hours, I had successfully managed my irritability, and maintained my humour. However, I was now genuinely concerned that another night of so few hours sleep, may send me over the edge, and that my dark side would emerge and show me up in front of my new friends.

I didn’t sleep a wink that night! Unlike the rest of my party, all of who had slept well and appeared ebullient, I felt sick and torpid, as we boarded an open sided bus which trundled over pot-holed dirt tracks, through Bagan’s dense dark forest, tossing us around like rag dolls, whilst we clung on to our seats for dear life.

Our journey terminated at a dark field, where we were ushered by torch light, passing groups of other tourist parties, to be warmly greeted by pilot Hooge, who was stood waiting for us in front of a huge basket, that was laid on it’s side, in front of the shadow of an enormous undulating, semi-inflated balloon. Through the dark, I could just about make out an army of young men, running around frantically, but with purpose, focussed on preparing a row of balloons for take off. Pilot Hooge delivered a commanding and succinct safety briefing to us, whilst we stood to attention, nervously sipping coffee and swatting mosquitoes. The reality of the dangers of our forthcoming excursion began to dawn on us, and it was at this moment that I could happily have returned to the comforting cocoon of The Road to Mandalay.

Abruptly, gasoline powered fans angrily and noisily blew the warm outside air into the mouth of our balloon. As the sun rose, a row of six enormous red balloons centrally illuminated by fierce billowing shafts of stifling flames, began to take shape. The burners were increased and aimed into the core of the cavernous balloons. When nearly upright, our pilot instructed us to climb aboard our eight-passenger vessel. Silently and obediently, we climbed into individual compartments, and strapped ourselves in. Crew members struggled to hold the basket down, whilst our pilot completed his final checks. Then with one final whoosh of hot air, our balloon became perfectly upright and we serenely lifted off the ground, gracefully floating up into the skies, where the eager morning sunrise was waiting to greet us. As we glided over the sacred plains, below us Bagan unveiled its ancient secrets .We gazed in awe at the profound beauty of sights that lay about us. Golden stupas, temples and pagodas rose through the delicate morning mist, shimmering like nuggets in the dazzling twilight sun.

Pilot Hooge expertly navigated us around the most interesting of the 2,200 remaining temples of Bagan and informed us that as many as 13,000 temples once stood in these sacred grounds of central Myanmar, which Marco Polo once described as “a gilded city alive with tinkling bells and swishing sounds of monks’ robes”.

To this day, I can find no words expressive enough to describe this magical and unforgettable experience.

Heat the stock in a saucepan over a gentle heat and bring to simmering point.

Add the galangal, lemon grass and Kaffir lime leaves. Simmer (do not boil) until all the fragrant herbs infuse and release their flavours.

Add the fish sauce and sugar, and stir well.

Add the prawns and cook until they turn pink. Turn off the heat.

Add the lime juice, chilli, half of the coriander and stir well.

Serve in bowls and garnish with the remaining coriander. 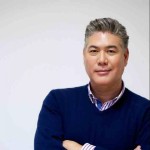